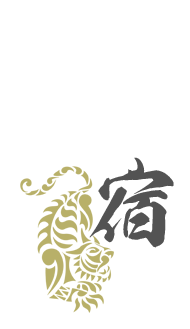 Rou-Shuku is a star sign that has a hidden, inspired talent for earning the favor of the general public. People in this sign have the talent to charm the hearts of the masses and they get this skill from what could be called a heavenly star for actors. They are also very good at business.
However, even if their business goes well they are not very good at betting. They will win contests that disregard calculations based on unique ideas and their sense; this is what appeals the most to the general public.
This is the sign that will still be loved by the public, no matter what they do. They are brave, have a burning passion for justice, a unique personality and are extremely talented.
They can also be judgmental and a sore loser. They have a distinctive way of taking action and this is combined with an emotional strength and tenacity that will let them endure anything. However, one of their faults is that, once they get thinking a certain way, they can rush headlong into situations and lose their ability to think calmly and rationally.
For that reason, there are more than just a few people who have taken an interest in Zen and other exercises that will help with spiritual cultivation and to calm their heart. It is important to regulate their passionate enthusiasm.

They strongly narcissist, selfish, inflexible and like to quibble with others over their personal opinions.
They have the personality that can’t sit still until they have had their say in things, especially in places like conferences or group meetings when they do not care for the work that others have done.
Among some of them, there are people who are unable to live up to their claims, but primarily people in this star enjoy scholarship and have many hobbies; there are many people who are proficient at multiple arts. They can take a strange idea that no one else could have thought of and change it into the next big thing. However, this means that there are most likely strange people in their ranks as well.

They are sociable and virtuous but when it comes to their job and business, their empathy can run dry and they will change over to a more calm and cool person. They still do not like fights, and because their star is a cheerful on, they have a trait that makes both their friends and enemies like them.
Additionally, there is a part of them that cannot completely calm down, they do not have a strong backbone and while they do say many things with confidence, when push comes to shove they have a surprisingly timid side to them. The fact that they cannot completely become a person of high caliber is unfortunate.

In Rou-Shuku there are many slim and beautiful women but they have a simple and boyish look
However, another characteristic of this sign is that once they apply makeup they instantly exude sensuality.
Their personality is frank, some would say that they are lacking in humanity while others would say they are a cool, dry beauty. They have a strong disposition, are intelligent and there are some argumentative women. There is also something about them that is spirited.
However, they have deep compassion for those who are unfortunate and have a weak spot for things that are weak. They are the older sister type that does on younger men.
If they marry they will be very skilled at managing the household but there a fate for some women is to have a late marriage or to be single; some even reject marriage on their own.

This is a star that rejects marriage or might even be called one that disliked males.

Rou-Shuku are versatile idea-men and while they are young they will try their hand at many different things but when they get older they should focus in on one of those skills and really master it; that will be their key to success. The earlier this is done the better. It is important for them to walk down a path that they like.
There may be some people live their life in a job as a jack-of-all-trades because they have only a wide variety of skills instead of a deep one. Also, this is a star of people who play, so there may be some who pull throw their life into disorder with love affairs.

In general, there are not many important businessmen who have success in this sign. This is because of the limit to how tolerant they can be of others and it is harder for them to expand their organization.
However, there are also extraordinary people who have overcome that obstacle with their ideas, intuition and sense. There are not very many examples but some people have become champions just through their ideas, sense and instinct.

Rou-Shuku, a favorite of the masses, can survive and make it anywhere just by using their inherent senses and gut instinct, no matter how dire a situation they are placed in.