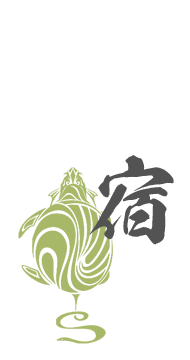 It is said that those born on Saturday evening will become a leader of Zensou.
They have the qualities needed to reach a high level in society.

Those born in Kyo-Shuku have a part of them that full of wiles and tricks, it could be said that this is a star that can’t quite be grasped. They have a kind of pride, are romanticist and have a unique individuality. This star sign hates being used by people and bowing to others.
They have a very keen sense of things and have a complex sensitivity about them, they are all holding onto a very large dream but they can feel the gap between the reality and their own dream and are the type that is unable to move straight ahead.
They are very tenacious and hardworking but they are bad at socializing, and a tendency to go into isolation on their own can be seen in them. Also, others may see them as an eccentric type because of their indifference and apathy towards other people.
However, their sense of purpose is strong and they are well endowed with administrative ability, so they have the potential to accomplish a great enterprise.
They are short-tempered, impatient, and are not good at reading people but they are good at looking after subordinates and they are trusted. They just are clumsy at getting on in the world. There are many ups and downs in their life and it will not be smooth sailing for them. However, they have the strength to endure hardship, and will be able to get through pinches because of their self-respect.

They like scholarship and are intelligent. If they were a general then they would be a resourceful general, more so than a courageous general. In tactics using intelligence they are skillful. They also have a reliable intuition and good luck. Jobs with work with women are also not bad.
However, staring an independent business with their money is asking for trouble. It is because they cannot carry persist in a job as a merchant.
If a young rich person, who knows nothing of the world, goes out and tries to start a business with their parents’ money then they will most likely use it all. Rather, they are more skilled at enriching other’s assets.

Rather than starting an independent business, it would be more profitable to exercise one’s talents as a staff officer or clerk. They are, essentially, negative.
If they make one mistake, and then keep changing jobs to protect a trivial sense of pride, then they may just live out the end of their life as an outlaw.

For women, their self-respect is high, and they are of a star that has a very strong determination. More than being dominated by men, they are the ones who do the dominating; if they do get married then that person will need to be talented or they may be over-shadowed. They devote themselves to their husband but they have the tendency to support their husband and become the main pillar holding the family together.
In generally they are strong, and once they make up their mind to do something they have the strength to go anywhere do accomplish it; if there are people who are obnoxious about logic and theory, there will also be people who are hysterical in this sign.

Another trait of this sign is that people in it tend to burst into fame all of a sudden, rather than from a slow build up of effort over the years. But living in the lowest social strata for too long can easily become a negative point.
Trying to cover up for, or protect, family members more than necessary, and being overprotected to the point of sacrificing themselves to help their children, can actually ruin their children. It would be wise to avoid participating in politics.
The key to improving their luck is to never lose a sense of reality.

A nihilist Kyo-Shuku would be competent in a role at an organization’s human resources department.