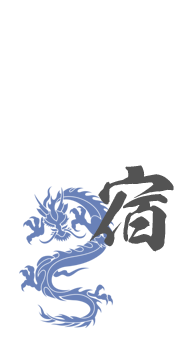 People born in the sign of Bi-Shuku are generally silent and work at a steady pace. They do not decorate themselves in a flamboyant way, are common and can be seen as plain. They cannot say platitudes, are frank at times, the type of personality that you often see in old-fashioned workers and experts.
Their sense of adventure is bursting with life, and they are the type to become energetically absorbed in things that they are interested in.
They are also very spiritual; the old-fashioned, straight laced, and well-mannered type of people are numerous in this sign.
They have a very strong focus and also have a competitive and fighting spirit. Their attractive point is that, no matter how trying or difficult the circumstances are, they are optimistic that they can overcome anything while never complaining about the effort needed to accomplish their goals.

However, because they are not honest at their core, there are people who make a mistake in their path and head in a completely wrong direction.
On the outside, they are very kind but they are also temperamental. When they are focused on something they like, the tenacity which with they pursue that one thing is amazing; they are the energetic type that will not let their prey get away.
They do not listen to the advice of others, and in that respect they are stubborn, maybe even obstinate. It is by no means high profile but they have a lot of pride for their work.

They look like a realist but there is an unrealistic and dreamer aspect to most of them.
Their social interactions can be clichéd, and there are many who may dislike relationships. Rather, the problem could be that they are too straightforward and they have trouble capturing other people’s hearts. From a stranger’s perspective, they may be seen or perceived as a little odd and suspicious.

Their hobbies are unexpectedly refined, normally they give off an image of being tight with their money but if it is something that they truly enjoy then they will spend a lot. They are also surprisingly brave.
Women born in Bi-Shuku sign have a reputation for being gorgeous and have an edge over men in this sign, in that respect.

Women are refreshingly simple, innocent, and strong. Something about their appearance is boyish but they have delicate emotions.
Those features are in many of the intelligent women that help push their husbands to success, but if those traits are in excess or she watches over her husband too much then that can have the reverse effect, and they’ll end up a failure. In general, they are a perfectly dedicated wife and take very good care of their kin. As a result of this need to take care of people, they can sacrifice themselves and end up getting married late or staying single; they have a tendency to be too active and are not so lucky in terms of men.

The secret to success for people born in the sign of Bi-Shuku is to avoid a large undertaking or job that would be a huge, one-shot gamble and live their life doing something that they love. It would be better to find a job working under someone that understands them, rather than trying to work independently.

Also, no matter what kind of job that they undertake, it is important for people in this sign to not let their stubborn side show. People will distance themselves from you and, if the worst happens, you will be stuck in a dead-end job on a side road. Also, be careful to limit use of nepotism.
Even if they are strangers, trying to understand and respect other people’s positions is also important.