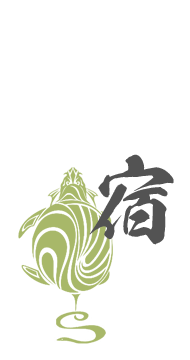 It is said that those born on Saturday evening will become a leader of Zensou.

Those born in the sign of Tou-Shuku are one of the stars that has the least amount of bad habits.
At first glance, they look laid back and slow. From an outsider’s perspective, it is hard to tell if they are intelligent or stupid but, generally speaking, they are quick witted and have an intuition and perception that allows them to anticipate things.
They have a high level of self-respect, hate to lose, and have a competitive streak that is quite extreme. When someone else who is stronger than they are appears, their fighting spirit only becomes stronger. The stronger the competitor is, the more they will display their strength. However, the fact that it does not show up on the surface is a special characteristic of those in this star.
Also, they are not the type to participate in flashing things such as taking a make-or-break adventure.
On the inside, they are the very stubborn and very patient type.
However, as a consequence of that stubbornness they are at risk of making a massive mistake, and so it is crucial that they have the ability to listen to advice from someone they trust.
In addition, they excel with things that are mysterious, and like things that are mystical.
At their core, they are very proud, hard working people, who on top of being extremely intelligent, are also viewed as straight laced by others. However, in reality, they have a charisma that can charm people, they move from here to there actively, and have an energetic spirit.

While they are young, they may have unfortunate fate. Their families might be complicated, have many hardships and go through a lot of ups and downs. However, when they reach middle age, they will find their own path and as long as they keep going down it, as they approach their final years, they will have a stable path to continue down.
They are not very skilled at making a living, and they not good at making themselves well known, but they are blessed with the chance to be brought into prominence by another person.
The majority of the hardships or troubles they face, they will brush aside and go on living.

They are the type to sit and wait for to win their fortune, so when the time comes they will have strength to take it, but even that it isn’t so much that they are using their own body, rather they are using their brain to spur others into action; that is how they will succeed. Even if they are not skilled with their hands, their intelligence will cover them. For this reason, they should remember to be thankful to those around them.

They have an unusual talent for remembering things related to their specialty that will shock others.

They are kind deep down, and good-natured, but their intelligence and foresight gives off an aura of cheekiness. If they enter into a vulgar circle of colleagues, then they risk the chance of their life ending in misfortune.
They are the kind of star sign that will spend the rest of their life suffering because of one wrong turn.
There are people that dedicate themselves to their ideals and beliefs and chased too much after a dream. They often do not survive or their lives just end with them as an unfinished person with great talent.

A special trait of Tou-Shuku people is the fact that they are not just entrepreneurs hungry for money, they also have an idealistic dream, which is more important than money, they are chasing after.
If it is a job that has humanity, then they are suitable for it.

However, while they have a lot of self-respect, they are not good at making themselves well known, and so their talents are easily buried and go unnoticed. It is important to interact with good superiors and friends. There is no doubt that a person who can help you will appear but it would be wise to abandon displays of stubbornness.

They are soft hearted, have a rash aspect to them, and are easy to deceive, so it is vital they take precaution.
Both men and women are serious but they also have an unexpectedly sensual side and are tender hearted. They are not easily swayed into being unfaithful but can become serious quite easily, so taking precautions against complicated relationship troubles is necessary for them.