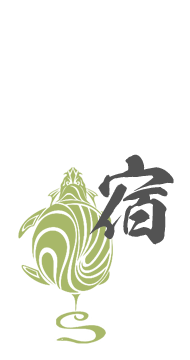 Those born on Friday and Thursday are lucky.

Those born in the sign of Heki-Shuku are common, put on airs, are simple and plain, but are filled with humanity.
They are generally virtuous and gentle people, who look out for others and are obliging. They are well liked by both people who are older and those who are young. There are people that are so exceedingly virtuous that they do neither harm nor good.

Their heart is wide and carefree, they are deeply faithful, very softhearted, and have a hard time saying no to people who ask them for things. They cannot ignore people in trouble, and they have a deep soul that will try to save others even if it means sacrificing themselves.

In the inside, they are affluent and are blessed with good artistic taste. A big characteristic of people in this star is the fact that they live by impression and instinct instead of reason or logic. There are also many self-important narcissists in this sign as well.
There is a mixture of two different trends within them: in one instance, if they make a misstep or fumble while trying to improve their social standing, then their tenacity will tell then that it is not over. Although, they have the habit of judging things that occurred in that situation only by the mood, and this can lead to depression or pessimistic thoughts.

While drinking with others, their desire to look after others can lead them to try and unnaturally become the person to try and liven things up. In any case, they do not mean any harm. In an opposition reaction to this, there is something within them that tends to be attracted to bad people.

They have the ability to earn a living and will not have to worry about money. More than prestige, it is utilitarianism; they have a good sense for how to use money. They do not spend frivolously, to put it in a good way they are good at making do, to put it in a bad way they are shrewd. They can spend time along, staring at their bankbook and feeling satisfied.
They also have aptitude at management and being a merchant; they will generally life a long life.

They are common and are sociable but, despite that they do have hate for humans; unless their beliefs match, they have a side to them that will not let relax their guard around others. There are also people that lock themselves away in isolation or people who are eccentric.

Women are also, unsurprisingly, of the star of the common person, and they are the type that quietly works in the kitchen. Once they start a family, they will work and live plainly, devote themselves to their husband, and will be skilled at running a household.
However they are weak to compliments and flattery and should be cautious.

People of the Heki-Shuku sign will find success if they travel down the same road faithfully. Working towards becoming a master of that trade will be their security. They may be skilled in commerce but they would be more advantageous to create new technology or product, instead of being a businessman.
Even the most isolated heretic, if they are not too greatly perverse, will find that they are loved by others, have money luck, and will probably live a long life.