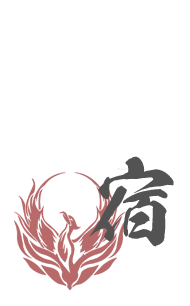 If they were born on a Sunday during sunrise, they have the makings to become a leader among leaders.

Those born in Chou-Shuku are said to be of the star of mistresses, and this star is the star of generals and great leaders for women.
They combine beauty with their eye-catching charm to attract others.
They are always lively and do not get caught up in the small things, they are a clear-cut and straightforward type of person.

They have a very strong tendency to like living a very dramatic lifestyle.
They are powerful and have leadership skills that they use to lead those around them. They have a natural inclination to care for others, like an older brother or sister would, and their luck in popularity with people around them is also extraordinary.
They also have a side of them that is kind to subordinates and people younger than them.
However, they can also be self-centered and be overconfident, which causes them to have a tendency to look down on others.

At first look, men of this sign can seem wild and heroic but, in contrast with this appearance, some can be unexpectedly sensitive and timid.

They are arrogant, have a certain sense of justice, like learning, are argumentative and can be seen as an enthusiastic and energetic intellectual. In addition to these traits, they are also considerably heavy drinkers.
They have a way with words and can choose the ones that will satisfy their listener. They also have the talent to confuse others with their words, and will probably be well liked by others.
They have a haughty side to them and, even with their skill with words, they can be surpisingly lacking in substance and are a difficult sign to grasp and understand. It is a star sign that appears clear but is actually mysterious and complicated.

Men of this sign will most likely be the leaders of the household. Their hobbies and interests are usually quite high class and they are popular with women.
In comparison with the amount of strangers who like them, they have few friends, which is because of this mysterious side to them. This star is one of the General stars but unless men in this sign have very strong skills, it will be difficult for them to be successful.
You do not see very many successful businessmen in this sign. There are numerous cases in which they have dappled carelessly in entrepreneurship to open their own business and have it end in bankruptcy.
However, there are times when they receive an inheritance from parents or start a new branch of someone else’s business. They also have the fortune and luck to have the chance to be tutored and receive economical support from people above them. If they wish to go out on their own in business, they will need someone to back them. It is advisable to use the help of others to take that first step.

An example of a potential bad pattern would be a spoiled rich boy, with a weak personality, whose dissatisfaction leads to a pattern of frequently changing jobs without gaining anything; he will eventually end up being fully supported by his wife while doing absolutely nothing himself and living out a lazy life of just drinking.
An additional weak point of this sign is the real potential for nothing to be produced because of their tendency to be fickle and wishy-washy. There are also sadist-like people who use force on others.

This sign possess the potential for danger, so the start of the individual’s life is important.
It is also a sign where people can change their luck around when they go abroad.

This sign is one where women are under the star of generals.
They are flamboyant, energetic, have an unyielding spirit, and use reason and theory in arguments. They are different from males of this sign in that they can be successful on their own. Actresses will undoubtedly be indomitable in life.
They may have many relationships with men but this is not a negative thing. In these instances, they will use their experiences to increase their own capabilities as a person and woman. To phrase it differently, they use men to enrich themselves and mature. Even if they do not have luck in marriage, because of their sign’s tenacity, this is not considered unhappy for them.

They also have developed physical abilities and one characteristic of those in this sign is their tomboy nature.