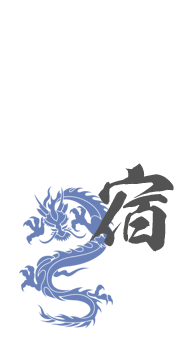 If they were born on Thursday, then it is said that they will live a happy life with few disasters or calamities.

Those born in the star sign Kaku-Shuku have a stylish and gorgeous outward appearance that contrasts with a forever child-like, pure heart. This is essential a “star sign of women”.
People in this sign are delicate, fast thinkers, capable and love fun things, so they have a vast array of hobbies and interests.
They are very sociable and are well liked by those older than them and looked up to by those who are younger than them.
However, because they like flashy things, they are very vain and they have a tendency to lie. At their core, though, they are hard working, diligent and good people..
Most of the time, they are the type that cannot be sitting still for too long, in contrast to their soft outward appearance, they are tough and energetic.
On the other hand, they are optimistic and have a part of them that is relaxed, which may cause some of them to be seen as careless. If they feel like it, they’ll work and if they don’t then they won’t; some will be self-centered and decide based on their mood.
They may also have a strong sense of duty and humanity for people. They are kind and also have the mindset of a leader.

Their mind is stubborn and won’t budge an inch. Even if they have already overcome the strong opposition to their views, they will still continue to force their own opinion on others. Occasionally, there are some people who are eccentric and play the devil’s advocate.
Some others types that are present in this sign are people who stubbornly focus on only one thing, so much so that they know nothing else about life: scholars or actors are some examples of people who fit this pattern.
They are not unintelligent but they are not necessarily the type to be considered a prodigy at studies in school. They have a naturally bright mind, an instinctive sixth sense, and this skill can be used in practical business situations.
For example, a person’s grades in school may have been bad but after becoming an adult, they have become company presidents. It is this kind of intelligence that is within some people in this sign. They are most likely skilled with numbers.

Both men and women can be indulgent; they love their families and they have the tendency to easily become blindly doting parents.

They unexpectedly like playing around, have a unfaithful aspect to them, and some people get caught up in bad habits, like gambling or women and end up spending all of their money.

Like their male counterparts, women are also hard workers and if they marry they will also attend to their husband and household with great skill. They are very talented and strong women.
However, they are stubborn, insensitive and lack delicacy; they cannot take hold of men’s hearts and struggle with expressions of love. Despite this, there are still people who have strong feelings of possessiveness and jealousy.
If they cannot receive attention for themselves, they have the habit of making a fuss for no reason, and there are cases where they are avoided because of it.
At heart, they are wary of others but become lonely easily, and both men and women have a part of them that is dependent on others. Their true nature is one where they can easily get carried away or they can become full of themselves.

People in the sign of Kaku-Shuku have strong feelings of not wanting to lose to others, in terms of intelligence or knowledge.
Moreover, importance is place on appearances and vanity, and they are prone to making irreversible mistakes because they do not listen to what people are saying.
Even when they do make a mistake, it would be best to move ahead with confidence in their choice but their conviction can be slightly weak. When they are considering their direction in life, or some other big decision, it would be well advised to ask others for advice, even if it means embarrassment.

As a merchant, they have a gentle manner that is well liked by people, so they are a good fit for a sales position or as a businessman, but they will find more success with a smaller scale company than a large corporation.

In contrast, when it comes to meeting someone in their time off, they are very guarded at first and may even give the other person the impression that they are mean-spirited; they should be cautious of this. The scope of their career will grow if they can try their best to maintain a modest and humble attitude with whomever they encounter.

Those in the Kaku-Shuku sign have a way of life that is strongly an individualistic one and, if anything, they are a star of lone wolves.
It is important for people in this sign to open their hearts and minds to other’s advice, while trying to curb their stubbornness and that hard-to-please aspect of their personality. Getting too cocky or carried away is also dangerous.

They will not struggle for food in their lifetime and will have longevity, if they can focus on putting forth a steady effort without holding on to impossible ambitions.