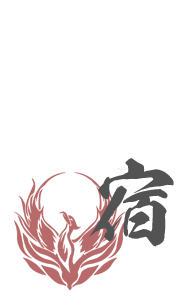 Yoku-Shuku also goes by a different name called the “North Tokushuku”, and to state it briefly, it represents a throne. It is a sign with a high self-respect that uses moral influence and natural skills to secure positions of power.
People born in Yoku-Shuku are said to have a mission to bequeath something to others and use their “wings” and fly to far away places to achieve this.
They have a precise intellect and they are perfectionists in the sense that they will continue to do things without giving in or compromising until they are satisfied. They will also never give in due to difficult situations because of this perseverance.
They have a strong sense of justice and common sense; Yoku-Shuku give off the aura of someone who is competent. They have a dual nature: they can dream in a child-like manner while at the same time they are also social and have realistic thoughts.

Their outward appearance is one that gives off an atmosphere of firmness and it can be hard to figure out how to interact with them.
They live on their own ideals and convictions, so they can be very autocratic and stubborn. Normally, they are gentle and kind, their actions and words also reflect this. They hold their own way of thinking and convictions deep inside their heart and rarely try to talk about them.
They are frank and do not mince their words. They do not speak without a purpose and, rather than say platitudes, they will frankly speak their true feelings.
Yoku-Shuku have a part of them that is willing to pursue their own ideals without worrying about loss or profits; they have an unselfish side where they don’t feel like they need to receive money. They have high aspirations and because of this people will still love them even if they want to have things done their own way.
In regards to their social disposition, they will face any person head on, and they are tolerant and fair, enough so that they usually gain something from it.
They do have a tendency to sometimes make fruitless efforts, but they are kind and think of others; they do not fight for no reason, which results in a very small number of enemies, another good aspect of people in this sign.
However, this is a sign of awkward people who cannot adjust their own schedule to others or make compromises, so this can cause friction around them.

They fundamentally seem gentle but they are frank with themselves and do not know how to compromise with others. Their sense of justice produces a hatred of things that are wrong or twisted.
Even in their work, they may not be skilled or fast but they are perfectionists that will diligently and patiently work on things until they are completed to their own satisfaction.

The origin of the star is an introverted and sensitive one, so when discontent builds up inside they, like a dormant volcano erupting, can lose control of their own emotions.

There are numerous people in this sign who invite misfortune upon themselves, and their mouth is usually the root of the problem.
Yoku-Shuku are considered to have been born on the throne but they think of themselves as norma. However, each word that they speak has more weight than people of the other signs because they speak in place of heaven.
Specifically, there are many cases where, along with their assent in years, they engender a limitless amount of composure. It is important to work on cultivating a soft demeanor so they are not feared.
It has more of an effect on the other person’s heart and mind than they think it does.

They are not very good at getting on in the world. However, with their natural born moral influence and competency, they are able to be in positions of authority. They may be in a superior position but they have the habit of needing to do everything themselves and they are unable to let others handle tasks.
They can take on too heavy a load by themselves and occasionally suffer alone, so it is vital that they find someone that they can trust to open their heart to and share their baggage with.

It should be noted that this sign is not one of businessmen, it is just one of prestige. There is no guarantee that they will be lucky in money, and in spite of their fame, their own private finances can be merger and what does come in, quickly goes out.

If they decide to pursue an unusual ambition to go into commerce, they will go through hardships and lose out in the end. They will probably find success with an industry with connections overseas.

They may appear quiet but inside they are courageous, can adapt to any situation, and are blessed with the ability to set their own pace. Jobs with women partners are not bad as well.
Yoku-Shuku men are liked by women, they are trusted but for some reason, end up struggling in relationships with them; it is often the case that they are cursed with a bad wife or not blessed with children.

For women, they can keep everything bottled up and even if they want to say something, they rarely speak up and end up enduring it.
Like their male counterparts, women of this sign are also obstinate and stubborn. They are benevolent and remarkable as a person, following with their own just beliefs, but they sometimes can be at a disadvantage because of their stubbornness. They may be lacking in appeal as a women.
In general, they do not have very much interest in romance and so their experience is lacking, but once they find someone they love, they are the type to be completely devoted to them.
However, they should be cautious because there have been instances where motherly instincts became too strong and their overprotective nature had a negative impact on their children.

Additionally, they are related to the god of warm reception, Alyaman in India, this deity represents someone who is solicited for every kind of assistance.

This means that Yoku-Shuku have a calling for helping people in trouble or people who are hurting.
They have a unshakeable determination and will work endlessly towards their goal.
They possess the attributes of a leader and talent in leadership that is necessary to manage others.
There are many people who were gifted with talent from the start, they are very clever and have high quality skills, and they devote themselves enthusiastically to self-improvement.

They love travel, vehicles and movies; there is a part of them that dreams of living abroad.
They can feel torn between their conflicting desire to attract attention to themselves and the desire to live a calm and quiet day-to-day life. There are some cases where they go through hardship because their idealistic views clash with society as a whole.

The key to better fortune for Yoku-Shuku is to complete what should be completed. Like the proverb “Man proposes, God disposes” goes, they should put all of their effort into things and then wait for fate to dictate the results.

In addition, if they devote themselves to others, rather than have others do things for them, then Yoku-Shuku’s unique aesthetic sense and talent will be known around the world.