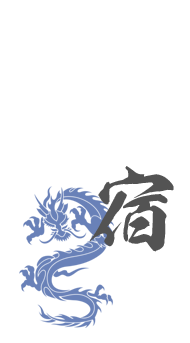 Those born in the star sign of Mi-Shuku are considerably rough and their active personality will grow stronger. They are dominated by the god of battle and are people who are calm and do not make a fuss over minor details. They are the owners of a charming carefree smile and a sense of creativity.
More than anything, they detest being tied down, and want to live free and uncontrolled. They have a strong tendency to chase after an impossible dream, and once they have set a goal, it doesn’t matter how things will end up, they just rush in. If any competition appears they will suddenly be in high spirits and full of vigor.

However, they are slightly fickle and their fact that they are quick to quarrel is a weak point.

In any case, the pure and rough traits of this star sign are its true nature and if they are missing intelligence and refinement, then they will lack in prudence and only their bad side will display itself, in the form of violence. They are so simple sometimes that they may cause an incident that results in an injury or commit a crime.

They also have the bad habit of pretending to know everything, and another weak trait is that, because of this habit, there is unexpectedly little development.

They are heavy drinkers, love women, and there are numerous domineering husbands in this sign. There are also instances where they make a mistake because of women and alcohol.
They are good at sales, and are hard working people that hate being lazy; they are the perfect businessmen. Except, some people have been known to do anything, fair or foul, for the sake of the business without hesitation.

They are wild with the way they handle money; that aspect of them is what would make them considerably popular with professional women.

The strong-willed women of this sign are the same, no matter how difficult the situation is, they have the strength and perseverance to survive.
Women of this sign are simple, something about them is boyish, and they one of the less sensual signs, but they are also slightly cheeky. They are active enough that they might even have the power to put the men to shame. They are hard workers, so if they get married they will help their husband and have the strength to succeed at both their job and in the household. However, instead of living as a common women, they number of women choosing to be independent is larger. For this reason, the age at which they marry is pushed back, they get divorced, or just don’t get married at all, but they won’t worry themselves over it.

In any case, this is a star that loves to work and they have the disposition to want to do so until they die.

People in this sign are not very suited to working at an office. This is because they can clash with superiors or be disliked or hated by former friends. They have natural sales talent, so setting up their own business or a job where they can work on their own is good.

However, no matter what they do, their short temper, violent actions, and wicked tongue are all important things that they should work to tone down.