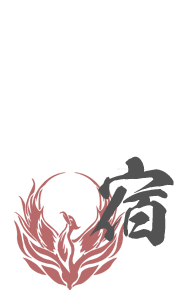 ~A highly spiritual sign who keeps their own space~
◆Four God’s class Vermilion Bird ※South The fourth star in the Corvus constellation, southwest of Virgo

If they were born on Thursday, then it is said that they will live a happy life with few disasters or calamities.

People born under the Shin-Shuku sign are pure and calm and have a strong sense of spirituality.
There is a quiet but bewitching aura of femininity around most people in this sign. They are delicate and sincere with a deep spirituality.

They are very sociable and are able to adapt themselves to many different social situations and types of people.
They love things sacred and they handle things very well but, contrary to outward appearances, when they take action they do so quickly.
They have their own space, have a certain sense for things, and they are able to think quickly and are capable at many things. They can work effectively on a wide-range of tasks but they can also be impulsive and fickle at times.
There are few bad people in this sign and most are serious. The sign is influenced by the mistress star and is, essentially, a female sign.
Unlikely to raise their voice, mildly behaved, and slightly feminine men are also seen in this sign. There may be manly, prideful types of women in this sign, too. There can be a big difference between when they don’t wear make-up compared to when they do.
They like people and they do not do shameless things like push others around to get their way.
They do not like being the center of attention, and are more likely to do thankless tasks or be unrecognized because they prefer to work behind the scenes. Even if they are in a group of many people, they are the type to be unable to let go of themselves and have fun. It may be because they are too self-conscious and introverted. The path that they’ll walk in life has the tendency to be limited as well.

In the real world, it may be a slightly weak star sign, but mentally they have their own special kingdom, they’re prideful and do not like when other people invade into their space.
They are quite calm and have a sharp intuition, sense of perception and judgment that is needed to see through to the hidden reality of situations. Accordingly, they pursue the truth and love noble arts, philosophy, culture, religion, and have a tendency to earnestly seek out treasures of the spiritual world.

They are perfectionists that take pride in their work, and there are some people that can carry out the most ghastly of work once they’ve been come obsessed with things like the arts. Their work is not gaudy or flashy, rather it is plain but has an inner glow or light to it.
If it is a position similar to a staff officer, then they will be able to display their skills and talents because this star sign is also called the “star of the government secretariat”.

This sign has a deep connection with females, and even has a heavenly luck that can save them when they are in a tough spot. Choosing a job that relates to women is one key to success.
They are serious and hard workers, so they would be suitable for a job as a company employee but if their success requires pushing someone else aside, this tends to delay their success. If there is an understanding superior at work, then it will be a different story. Also, they may judge too much and have strong likes and dislikes, which can cause them to think about changing careers often.

They should be cautious of mental conditions that are caused by stress.

They think very carefully when choosing a marriage partner and are generally the type to have a late marriage. This is not limited to marriage, people in this sign tend to try to see under the surface, think too much, and let good chances slip through their hands because of it. Their luck for children is also on the low side.

If they are lacking in refinement or education, men can be the rotten type or may be a dry playboy. For women, they may become the type that openly displays undesirable traits such as jealousy, vanity, hysterics, and maliciousness.

However, they are very perceptive and have exceptional secretarial-like talents.

They are earnest, pure, and easily hurt and there are some people who, after a failed relationship, take their own lives.
The weakness of their mental vitality is something to worry about.

Their inner being is pure, so while at times they may speak bitterly, their strong luck in social situations will most likely protect them.