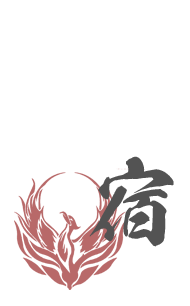 Those born under the star of Ryu-Shuku are regular and self-reliant people.
At a glance, they look like they are gentle and family-oriented but under the surface they are made up of swirling, tempestuous emotions.
They have a mysterious charm about them and are fast thinkers and are very good at reading people. When they learn how to use this, they are very skilled negotiators.
Once they have latched onto an interest, they throw themselves into it in a maniac-like fashion.
However, because they are lacking in consistency, they do not delve too far into the interest and their object of fascination tends to change quite often.

A religious aspect influences this star sign, so there may be some people who tend to be fond of things like rosary beads, crystals and power stones. People who are extremely passionate followers of a religion are also found in this sign.
They are also active participants in helping others and social welfare. Men are of good virtue and women are strong-willed and talented.

Although they are men of good virtue, their outward gentlemanly appearance is just that. They are just regular people but their inner nature is prideful and they have a tempestuous disposition.

Once they have become angry, the intensity of it is tremendous.

The characteristic of this sign is that it is extreme on both ends of the spectrum of good and bad. If there are extremely bad people then there are also extremely virtuous people who detest evil.

Some may think that they are calm based on their outward appearance but when there is a problem that contradicts with their own beliefs, then they are like a completely different person, using vehement words and theory to keep pushing the other person. This certainly seems like a situation of “a wise man changes his mind, a fool never will.”
They are intelligent and prefer the arts and scholarship but in an individualistic and sometimes heretic manner.

They are conceited and lone wolves. The origin of this star is the emperor’s star. They have the habit of focusing on personal virtue and popularity and there are many people who isolate themselves.

Women are similar as well, even if their outward appearance is beautiful and calm, their will is strong, they hate to lose and are not meek. There are many hard workers and strong-minded women. They may be sarcastic and have a wicked tongue.
In any case, there are many genius women; they would dislike being a common housewife. Their luck in marriage will go one of two ways: a late marriage or none at all.

In general, without any knowledge or cultivation of their skills, they may end up going down a bad path and end up a criminal down to the bone. In addition to that, there are wrongdoers who use their intellect in their cunning plots. There are people who steal others’ possessions, trick them, commit crimes against women. There are even some women who will steal another person’s husband without thought or care.

However, strangely enough, even if their crimes are successful at that moment in time, they will end up destroying themselves in the end. Then, once they have a setback, they will lose their normal confidence and become weak as they start to grow desperate and abandon themselves.
This is why it is crucial that people who were born a Ryu-Shuku choose the strong, virtuous path.

It is important to remember that even if they want to go down their own path, or an existing one, the path that diverges slightly from the real road is the one that they will be inclined to go down and this might actually be the path that could bring them success.

No matter what, this is a sign of loners, and they cannot rest until they have done everything on their own and this can make them ill suited to managing others. Even if their friends or subordinates at work respect them, they may not be able to withstand their violent mood swings. As a result of these, you do not often see people in this sign working as financers or as industrialists.
If there are situations where they can use their subordinates’ skills, it is important to have the magnanimity to entrust those reliable subordinates with tasks on occasion.

Also, they can easily fall pray to false flattery and they should be aware of this characteristic, so to avoid being deceived.