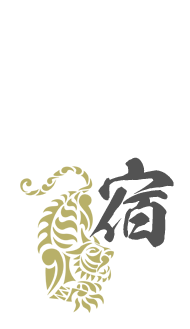 Those born on Saturday possess the qualities needed to become a multi-millionaire.

People born in San-Shuku were born into a sign that should also be called hyperactive.
They don’t know how to take regular breaks and are always moving forward, bustling about out of their own volition.
They have the courage, confidence, and lack of fear needed to forge a great path in life for themselves through their bold actions and words. Also, they have a wide range of interests and hobbies and are a spirit brimming with curiosity. They have a positive outlook and this paired with their expressiveness can lead to overconfidence when evaluating themselves.

This can lead to their words having hidden thorns that can make other people feel unpleasant or hurt. It is necessary to be cautious when speaking.

This is a sign of innovation and people in this sign have wisdom, like new things and adventure. They also have a love for taking old organizations or traditions and vigorously revolutionizing them.

It is one of the star signs of generals, but that also means that those born under this star will experience many ups and downs in their lifetime.
When it comes to people, possessions and money, they are very selfish. When in a superior position at work, they are sympathetic and gentle to their subordinates but they have a short temper that can invite calamity, so they must be cautious.
This might be the reason that they are prone to living a life that can be stormy and full of drama.
A feature of this sign is its positivity, and those in this sign have trouble hiding things. Everything ends up coming to the surface. They have an unshakeable confidence, and have the tendency to think that they are remarkable, “a king of the castle”attitude.
They have a short temper and a wicked tongue, which makes it easy for them to make enemies, be misunderstood and even end up friendless. However, they are cheerful and honest, so they do have some quality in them that just can’t be hated.

They will have many opportunities to be with women, and can be quite the player. They are popular with women, but might not be very lucky, as there might be some men who marry multiple times in their lifetime.

There are people in San-Shuku who have malicious intent, but if these people try to gain money with those feelings in their heart, they will fail. The saying “a man of talent is ruined by his own talent” describes them perfectly.
Once a position of power has been lost that person will be all alone, and getting back on their feet will be a great struggle for them.
To avoid this happening, it is important to focus on avoiding abusive language and being too lustful. People in this sign should remember that their mouth is the root cause of disaster in their lives. There is the chance that one word could cause them ruin. Having a short temper will also cause people to lose out on a chance at happiness, so they should lend an ear to others when they voice their opinions.

Unless they have real skills and a true place for themselves, then their energy may be put into making a fuss. They may look strong but there are people who have nervous breakdowns as well. At their core, they desire company and want to be pampered by others. This may be seen as cute but, for men, there are cases where they may be seen as shallow by women and not be considered as a serious partner.
San-Shuku’s source of power can is also be taken from loneliness and feelings of isolation, and so the desire to appeal to others and show their presence can lead to displays of arrogant behavior.
In addition, if there are many other women coming and going, wives of people of this sign may feel that their husbands are domineering and hard to deal with.
A characteristic of people in this sign is that they feel and act young even as they get older; they also become tougher as the years go by.

For women in this sign, although they are on the quiet side, they do have a strong personality and a tendency to quibble, and have luck in leadership. While they a young, they are wild, have numerous adventures with men, and there are some women who are gutsy in their career. They may not have a strong pull or desire to stay at home, and tend to keep searching for their ideal man even though the chances of meeting him are low. Even if they do eventually meet him, she may end up fully supporting him, which in some cases results in her partner running away.

Some women in this sign have too much confidence, and see men as unintelligent, which can lead to cycling through relationships. There are some people who have relationships with men that help them grow personally but, if things don’t go well, then there will be some people who live a life of hardship.
It is important to use your own charm and positivity to its fullest extent.

San-Shuku is the star of innovation and as such, people will have extraordinary creativity and expressive power. If they are successful at using the knowledge and way of thinking of those around them to their advantage, then they have the ability within them to become something big.