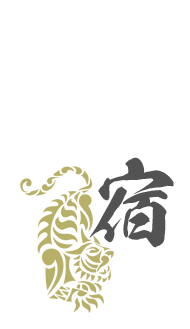 Persons born under Hitsu-Shuku have an all-natural appearance. Men are simple and a majority of women tend to be classic beauties, but sometimes people of this star are plain working class people; among them there are even some who are solely focused on domestic matters.
Like the slow movements of a cow, people in this sign can been seen by others as insensitive and lazy but in reality there is an unusually strong idealism burning within them.
Once they have made up their mind about something, they are hard pressed to change it. They can be hard to deal with because they do not listen to other’s opinions and can be conceited. Because of these traits, they do not care how they are perceived or even if they cause trouble to others.
In extreme cases, they completely believe that only they are right and can be surprisingly blind towards other’s opinions and beliefs. This is because they more or less already have their own world created within themselves. Their outward appearance is calm and wise, but inside they have a strong will and can be very stubborn people.
They have a stronger sense of ownership towards things than most people and have the ability to protect what they need to protect.
However, because they are stubborn, on top of doing things at their own pace, they have the tendency to be seen as self-centered.
Hitsu-Shuku are possessive and stubborn but one of their special characteristics is that they do not like conflict and they are, at their root, virtuous.
There are also some in this sign that can have little actual ability but their idealism becomes so strong that it is like they’re in a dystopia. From an outsider’s perspective, they are ludicrous but they themselves are very serious. In their own way, they’re living in their own fantasy world, but their skills do not develop and they can live out their life without any improvement.
Hitsu-Shuku feel empathy for others. For example, in situations where they are in a management position, they may have a hard time firing a subordinate, even if they know that the person is incompetent.
They can be slightly slower in progression than others around them, as they age they also develop their skills; this star is a perfect of example of great talents that mature late. The development of their skills is not instant like a comet shooting across the sky, but rather they simply and steadily distinguish themselves.

The star of submission influences women in this sign. Once they are married, they are devoted to their husband and children. They are gentle and patient but even if they appear passive, their will is very strong and they are stubborn at their core.
If they have good compatibility, then these women will have very blessed marriages but, for some reason, they do not have luck with men and can sometimes have a difficult time in relationships. The cause of this trouble is from a pattern of suffering caused by their partner. But with their natural sense of perseverance, they will be able to raise a family.
However… if that perseverance works against them, then they will sit on their laurels and become the insensitive type of woman that men dislike most.
In their career, they maybe lucky enough to be able to start a business with the help of a superior; it would be wise to live in a way that grows it to its full potential.

It is not a bad thing to be idealistic, but people of this sign need to be careful that they do not become someone who has no skill but is still selfish and lives in their own fantasy world. Even if they are relatively skilled, if they displease the people around them, it may slow down their success. It is important to be flexible and try to adequately accept people’s opinions and their way of thinking.

Both men and women are passionate about their work, and are the type to devote themselves to honing one talent. As such, they fit in well in the worlds of the arts and skilled labor. They have good luck with money, and a good sense for how to use it, so jobs that are related to finance like businessmen, bankers, and managers would be good as well.