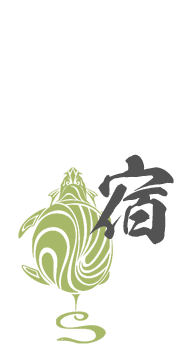 If they were born on Saturday evening then they have the qualities to become a member of high society.
Those born on Friday and Thursday are lucky.

Those born in the sign of Shitsu-Shuku have both strong good and strong evil within you. They can be pushy, self-centered, arrogant, and are wholly unconcerned with what other people think.
They have a tendency to be full of confidence, put on airs, and think that everything is about “Me! Me! Me!”. Even if they are not bad at heart, they are apathetic to other people’s feelings, situation and if what they are doing is going to cause that other person trouble or not. They should be cautious because if they get into a situation where their personal virtue is at stake, they may end up being hated.
They are also optimistic, and positive, so they will not lose sleep over anything, no matter how much of a hardship it is.

They have clear likes and dislikes, their wide range of emotional expression is charming but, at times, they have a tendency to seek strange things.
Their determination is strong and they are an optimistic type that will push on and forge their own path; they hate compromise, and will put it their utmost effort.

They feel that they “are a chosen person” and they regularly want to celebrate life; they are free and gifted with a creative sense.

They have a skill to dynamically work around in reality, as well as, a childlike and innocent personality. They also have an easily-hurt and surprisingly naïve side to them.

They are sociable and enjoy vibrant and loud things. No matter where they are, they probably can make those around them match their pace. They are the talkative type and are fidgety. They have a clumsy side to them and are also on the short-tempered side. There are also people who are quiet and calm but, on the inside, people of this side are self-confident and are always thinking dynamically.
They have a careless side to them and can sometimes thoughtlessly let something slip and end up offend other people.

The silent and calm types, are also the type that have made a lot of mistakes because of their true nature; to truly understand this type of person will take a lot of time.
They have many friends, but the number of friends that they can talk to from the heart is low, they are self-centered and so will have trouble understanding other people’s minds; most likely because they will not try. They are lacking in depth and flavor as a person.

They simple do not have any interest for anything other than realistic things. On the outside they probably do not show much interest in people’s matters of the heart.
Despite this, they have an unexpected tender spot for the word humanism.
In their world of though, humanism exists but they do not let bring it out into the open, because they think personal relations are about materialism. This results in their feelings and actions being out of alignment and it invites misunderstandings about them.

When they are malicious, they have a evil side that will calculatingly think of nothing but how to take things away from other people.
In any case, they are materialistic and if they do not have material objects or money then they feel so desolate that they can’t stand it. There are probably people who are just a lump of longing for material possessions. For their ambitions, they will not give in to a few difficult situations and they are fine wish doing some bad things. Furthermore, they will be able to make a living in the world with the cleverness of their schemes.

They are different from prodigies who got good grades in school; they have talent that can be practically used in society.

Somewhere inside them there is an aristocrat, and their preferences and interests are strongly inline with those of aristocrats. While shopping, they detest cheap items and everything must be items of first class caliber. They have aesthetic sense and cunning that put make them realize their hobbies can also develop their business.

They do squander money often and while their outward appearance is gaudy, it is the kitchen that is often the unexpected source of their desperate financial situations.

Men are masters at making passes at women. They can easily say obvious lines without being embarrassed; at first glance they may seem a gentleman but many are womanizers. That is not because they buy her heart but rather because they have the tendency to view women are objects. Like they have developed a sharp eye for antiques, they have also gained a discerning eye for women.

When women get married and start a family, they will likely take on the role of an older sister like wife and mother who takes care of everyone but they have a intensely strong-willed true nature.
They have a feminine sensuality and charm to them but there is also something missing. If they are forced to work then they are strong women and they do have a strong independent streak. They will, surprisingly, optimistically forge a new path for themselves and will most likely live out a strangely interesting life.
Women in this sign should try to get married as young as they can or, if that is not possible, their other chance at happiness is at an older age with a husband who has been married before.
They devote themselves to their husbands well, and if men marry women from this shuku then it is said that they will make an unusual success out of themselves in the world but, if they are careless they will become a useless person that the wife supports financially, physically and emotionally.
Women are also very jealous and if they coddle too much then the man might just run away.

Men and women are both sensual, and can lose themselves in sensual pleasures, so they should moderate it. This is a lucky sign but if the person is too self-centered, too confident, there is a chance that someone might betray them; they run the risk of losing big in business. Choosing a lifestyle that does everything in moderation is the trick.