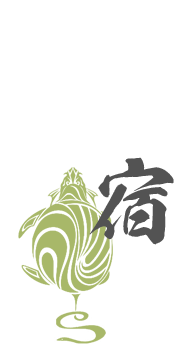 If they were born in the evening on Saturday then they have the qualities needed to become a part of high class society.

Most of the people born in Ki-Shuku are handsome, they prefer clothing that has a stylish look and they look good in them. Once it passes a certain degree, they become an unnatural type.
They have the charm to capture the gazes of everyone surrounding them and also love new things and have are brimming with curiosity.
It is a type that is very common among rich, sheltered young men. They physique is trim and they give the appearance of being good. They are upright, monotone, and have a one-track mind. It is because of those traits that they do not have the desire to push people aside or get themselves dirty in order to get ahead in life. They are probably not good at taking the punches that the world throws at you..

Another special trait of Ki-Shuku is that they have a tendency to dislike things that are common and prefer things that are strange; those interests also change quite frequently.

More than anything, they place heavy importance on having a free spirit; they are the dreamer type that prefers a world with illusions and dreams to reality and actions. They have a strong preference for an instable freedom rather than an inconvenient stability. They should be careful because they are prone to taking the easy way out because of this tendency.

They are short-tempered, clumsy, and are emotional more than logical. They are whimsical and have an uneven temper, which may result in outbursts. They may yell and get angry in a way that they cannot be called down. However, like an evening rain shower stops, they have an ability to act as if nothing happened after it is all done. That being said, they are not bad at heart.

They have good intuition, they are detailed but fickle, and while they try their hand at various things, they find it hard to stick with one. There is no “start and finish” for them; that keeps them quite busy.
However, they should think closely and admonish themselves for this. They are losing the trust of the people around them and are suffering a loss because of it.

To put a positive spin on it, they are not tied down to one thing or one way of thinking so they have flexibility.
The key to living their life would be to find a job that takes advantage of this flexibility as well as their aesthetic taste and instinct.
They are not suited for jobs that require them to take a broad look at a complicated situation. They would be wise to avoid jobs in politics or entrepreneurship. A cozy job would not be bad; one where money comes and goes in minutely.

Their appearance is strong and tough but they are sensitive and delicate.

Women are also willful, moody and have intense emotions, there is a saying that in Japan that says “a woman’s heart and autumn weather are both fickle,” and they are ones to bring it to life. However, rather than messy expressions of their feelings, they have a cool temperament.
Even though they have a cool temperament, many of the girls will go after love interests. They are quick to become passionate and then easy to flicker out; if they are dumped by men, then they have an outburst and can react violently and some go into hysterics.

It is not the case that Ki-Shuku are less obsessed with money but rather that they spend it on certain kinds of vanity. It is not the same thing as being lavish. They are naïve and may be deceived by others.

They are many people in this sign who lose themselves in alcohol and the opposite sex. When their curiosity leads them down the wrong path, they can easily reach for drugs of sleeping medicine. Caution must be taken because there are people within Ki-Shuku who have short or unhappy lives.

Women in this sign develop quickly but early marriages tend to fail. Conversely, women who are prideful and have a cold attitude can all miss their chance to get married. It is possible that a second marriage could be some women’s chance at happiness.

They are not one of the signs that is gifted with social situations but because of their refreshing and simple personality, they are easy to get along with, and are a sign that has a lot casual friends.
In comparison with other stars, this is one of the ones that is blessed with luck.