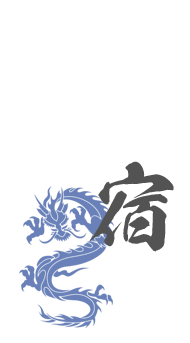 The Sin-Shuku sign, and those born into it, is one of the hardest star signs to fully understand the true personality of. Outside, they are cheerful, candid, amiable, and get excited all alone while being adored by those around them.
However, when they arrive at home, they shut themselves inside and sit in the middle of the room alone, drinking alcohol, or getting lost in their own interests; this is the type of person that you could say they are.
They are brimming with curiosity, and are knowledgeable about behind the scenes conditions and information; they are also very adept at seeing through the background of things and through people’s hearts with their perceptiveness.
They are good at adjusting the conversation to accommodate others and can cheerfully talk with anyone but, on the other hand, they are very private people and will never reveal any secrets about themselves or their private life.

Also, they are distrustful of other people and tend to not rely on others. At their core, they are timid and have the tendency to worry too much about what other people around them say.
That reaction forms the “cheerful and sociable” Sin-Shuku‘s individuality.
They have an outer and inner face, “two kinds”, and it could be said that this is what is unique about them.

Their inner personality would be described as dark, more than anything else; they rarely speak, but once they are in the presence of others, they become more cheerful and like a completely different person. However, they do not have a split personality. They are loved so much by people and are so popular enough that this sign goes by a second name, “the attractive star”.
However, this charm is different from a natural one, it would be more accurate to say that this charm is brought out by their acting skills.
In other words, they are good at looking at people’s reactions and reading their hearts, and then they adjust their own acting to the situation.
That is just how fast they can think, they also have a wit that can surprise those around them, and can accomplish novel feats. They are dreamers with secret ideals, and their ambition is another trait of those in this sign.

When people of this sign are not cultured or educated, there is the chance that they will be a rotten type of person who speaks ill of others, has a disagreeable attitude, which will lead others to ostracize them. Caution is necessary to prevent this from occurring.
They have always had powerful feelings of envy, and it would be wise to throw away any unnecessary feelings of jealousy.

Even in bright light, there are some who will see an unhappy cloud. Even if they look happy on the outside, on the inside, they may be suffering from a serious illness; in particular, illnesses of the heart are numerous.
In particular, women can appear cheerful and happy on the outside but the life that they walk is often full of ups and downs, and there are many people who have a shadow in their past.

At any rate, because they have two sides to them, from the outside alone, it is difficult to measure whether or not they are a good person or a bad person.
If they are considered a bad person, they could become one, if they are considered good, they could also become good; their true nature is hard to decipher because their distinction between good and evil is so thin and they can change themselves to suit the situation. The idea of having their own thoughts is flimsy and if there is someone around them who is considered a good person, they will model themselves after that person for their own benefit.
As a result, becoming a person who has one logical line of thought takes time for those in this sign.

Inside of the hearts of people in Sin-Shuku，there are many people living there. They can do this and that and are very skilled and many crafts. They are skilled at a wide-range of crafts but have truly mastered none. Their weak point is that they tend to be lacking in depth and they themselves should be well aware of it. However, since they can do so many things, there is a part of them that feels that no matter what they do, they won’t be satisfied.

Sin-Shuku, in their mind, have a habit of always comparing themselves with others and because of this their faith is fragile. They may walk a rather bewildering path in life.
If women do not get married at a relatively young age and settle down in a household, then there is the chance that they will forever be single.

The key to good fortune for Sin-Shuku is to try and stop being distrustful of others. They have the habit of not trusting people no matter what, and that will lead to them not knowing what to believe in or trust at all.
However, that is a waste of time.
For Sin-Shuku who do nothing unless it is to benefit themselves, they have a tendency to unconsciously pile on lie after lie, and they can even betray someone who has trusted them, a rare occurrence. From the beginning, this star has had good luck in money and popularity, so people in this sign will be protected, to an extent, but they should be wary of showing ingratitude.

It is important for people in this sign to be aware of their predisposition to tell lies.
Before they compare themselves to someone else, they should have the strength to face themselves head on.

It is important for both men and women to be careful of their strong tendency to be jealous, as that jealousy can be the thing that destroys their good luck.

For careers, they are very good at acting and are charming; using those skills to their fullest potential is the key to success. It goes without saying that jobs like acting and being a talent are suitable, but sales and trading are also good choices. They may also be successful in jobs that take risks with other people’s money, such as a career as a broker, in trading, or in bonds and securities. Other jobs like critic, journalist, and jobs related to accounting are suitable.

Rather than becoming the president of their own company, it would be wise to work for someone else, preferably at a mid-sized company, as it will be secure.