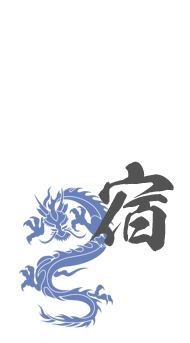 Those born in the Bou-Shuku star sign have an elegance that far exceeds the range of an average person; this is combined with rich spirit and discernment.
There are many quiet people and they have an unsociable side to them that doesn’t allow them to upon their hearts up to others. They have an inquisitive mind, a heart full of vigor for quests, and a sharp mind. They are very cheerful but another aspect of their personality leads them to be overconfident and they can get in the habit of looking down on others, so they must be careful.
In addition, they are distrustful of people and cannot seem to believe in them. At heart they are timid, and can pay too much attention to what others around them say.
Their judgment is precise and they are good at making swift decisions. They have the ability to take action to follow through with a task to the end, for the sake of their goal.
With just their ability to intuitively see through to the general public’s minds, and their foresight, they would make a successful entrepreneur. Another great feature of this sign is their general interest in and fondness for government.

They are very elitist and, in one way or another, are just themselves.
In interpersonal matters, they have the habit of taking a holier-than-thou attitude but they do not have any malicious intent, they themselves are usually not aware that they are doing so.

While out drinking, they can easily become full of themselves. At their core, they are timid and are weak to authority figures but if a rival subordinate or coworker appears then some will try to exhibit their power over people weaker than them. In order to show off how amazing they are, they will brag and their attitude will become arrogant.

It goes without saying that within Bou-Shuku there are gentle and modest people, who have talent as well but, in general, people in this sign are egocentric.

They take action, or not, based on calculations on whether they will see a profit or a loss, and so from other people’s point of view, they may be a hard personality to befriend. There are many who are disliked by others because of their money-grabbing tendencies.

However, Bou-Shuku is a talented star with a comparatively large amount of luck in terms of happiness. If they can gain popularity and personal virtue, as a man of character, then they might become someone very important.

The sign of Bou-Shuku for women is like the two star signs Chou-Shuku and Hitsu-Shuku; it is considered to be one of the three “beautiful women” stars along with the other two.
Just like the star Antares, kept in the constellation of Scorpio, shines and burns, there are people who live similar lives. That beauty, if compared to that of a flower would be like the peony, has elegance and a gorgeous charm.
The amount of experiences with men may be numerous, as this star also has been called a star of temptresses.

Once they fall in love, they will proceed according to their instincts and, in the end, it will be in line with their true hope. Once that love fades, they can easily dump their former companion; the chance that they will become cruel women is also high.
The number of early marriages being happy ones is higher but the usual pattern is marrying late.
This is a star of female generals, they have the ability to take action and are skilled. They can be too strong and so may overpower their husbands. They also have a fate where they could be separated forever by death or other circumstances.
Having a job that involves being in front of people may help increase their good luck.

They keys to good fortune for Bou-Shuku are: to not let intense displays of egoism show and do everything in moderation, to not make enemies, and self-admonition to avoid being disliked by others.
As an enterpriser, they are insightful. It is like they have a receiver with a wide-sensor that allows their entire body to take in the situation around them. Simply because of this, they are efficient at their work and will gradually accumulate achievements as they climb to the top. More than anything, this sign has very strong luck and as long as they do not overdo things on their own, then they should get progress in life in a timely manner.

Women, too, have the tendency to take an aggressive attitude and assume they are right. The cleverer one is, the more likely they are to jump to hasty conclusions and cause a misunderstanding, so being impertinent is forbidden.

The weaknesses that people in this sign have come from the fact that their minds are too sharp.