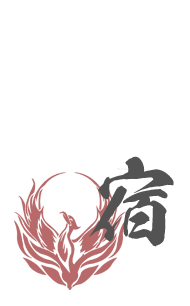 If they were born on a Sunday during sunrise, they have the makings to become a leader among leaders.

People born in the sign of Hoshi-Shuku are more suited to becoming successful and well known as a person who makes the best out of troubled times, rather than shining on the fast track to become an elite,
They have a love for holy things and possess a deeply spiritual nature.
Another characteristic of people in this sign is their strong desire for power, which can be good or evil. It is like there is a devil and an angel living together inside of their heart.
Also, they have great confidence in themselves and are prideful. They are overflowing with their own, special originality that is different from others and they are not one to be bothered with the idea of regulations; in fact, they often act rebelliously.
Their pursuit of knowledge is no exception, even if it takes some time, they have the tenacity and strong will to consistently accomplish each goal that they set for themselves.
Their rebellious spirit is strong, and they will be completely unyielding to things that they deem unacceptable.
They also do not care to be fit into a preexisting form or model.
Therefore, it is hard for them to become a part of the mainstream and they will find fulfillment for themselves outside of the main current of thought, which is more enjoyable for them as well.
They are the opposite of a “jack of all trades, but a master of none” and are one example of how great talents mature late.

In any case, they have a talent for pulling off odd things that other people wouldn’t think to do.

This is not accomplished instantaneously, but rather through the progression of slow and steady work that gradually takes form.
They have natural skills and have substance. They do not have a false reputation. However, they do not have the talent needed to flexibly use their talents whenever and wherever they want.
They are diligent, have a strong sense of duty, and are sincere people.
In unique cases, they can become too serious and withdrawn, becoming depressed. Some people develop a deviant personality, where it becomes impossible to tell whether they are a genius or a madman.

They are not some of the most skillful communicators, they can leave too much left unspoken or they can be too direct and lose out as a result of it. They can be single-minded and hard to deal with, and there may be instances where others feel uncomfortable around them.
Despite this, they tenaciously continue along their own path. However, they are very good at taking care of people that they are fond of, and there is also a contrary star of leadership within them.
Their star will not be one of those in the mainstream but the origin of their star was one of great generals.

Women of this star are generally petite and many are plain and simple. Although they are quiet, their will is steadfast and they may be obstinate. They are silent workers and are skilled at steadily managing things; they would be good at running a household. If they marry, they will also be devote to their husbands.
They are honest at their core, but because they are so direct, their words can have barbs that cause them to be misunderstood by others.
Compared with other people, they have a uniqueness to them that makes them different from other people and they are rather old-fashioned.

If they develop their abilities, they would be best suited for making things. If they are a business worker, they will be at a disadvantage unless they are lucky enough to work with an understanding boss or in an understanding post.

They do not have any wasteful spending habits, they are more frugal but they do splurge when they spend money but, despite this, they should be able to save quite a bit. They also have a good sense for business.

Additionally, when they devote themselves to others they also have the fortune that they will flourish because of it. A weak point that will affect people in this sign is their own stubbornness. They will not give in over something trivial and will be put at a disadvantage. They also have a wicked tongue that can cause them to be easily misunderstood, so they need to be cautious.