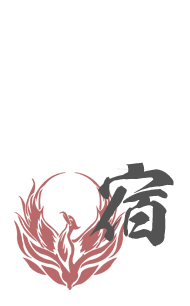 A special characteristic of people born in Oni-Shuku sign is their light footwork and ability to quickly adapt. Those in this sign may have a wandering spirit, like to travel on their own, and are the type to be active and be brimming with curiosity.
They are blessed with a very rich, creative power and a healthy mind.
They are sensitive and tolerant, and, almost like telepathy, they have a knack for being able to sense others’ feelings.

They are very adaptable, and can adjust themselves to a variety of different situations.
However, they are lacking in the strength needed to stick to their own opinion and they have a dependent disposition. While they are overflowing with empathy for others, they tend to be flighty and inconsistent.
Another trait of people in this sign is that they have a miraculous intuition that works like inspiration, and their vision is very different from other people. They don’t know how to rest, and from an outsider’s point of view, they are capricious and always wandering off the beaten track.
People in this sign hate being tied down and like moving around independently. Even if they are sitting still, their mind is always on the go.

No one really understands what he or she is thinking or what they are trying to do but in reality they do have a clear plan for themselves.
They have a keen ability to sense what is coming in the future, a cheerful nature, and a vigorous sense of curiosity and an extraordinarily rich imagination. Sometimes they are able to pull off something fantastically bizarre.
Without cultivation of talent or skills, they will continue to veer off course, with no idea of where they are headed and no fixed place to live, they may become a wanderer, but this is a star that can produce important people. They also have good luck in leadership.
More than anything, they have the spirit of innovation and discovery within them, and they have the mindset to forge a new path in the world with their inner frontier spirit.
They do not have any bad habits, are optimistic, and virtuous. They also are social and may garner the favor of their superiors.

They have the makings of a good gambler and their inherent luck is strong. There are some people who win big in one shot. However, there is a chance that they will quickly squander it away, and it should be noted that their brilliance with gambling will not gradually fade away but rather will be lost all of a sudden.
A rich imagination and ability to accomplish extravagant feats is also a special characteristic of those in this sign.
In general, there are many people in this sign who have a strong sense of moral obligation and humanity and are bossy but good at helping people.

They are blessed with good health and with money luck that allows them to have a source of income without toiling too hard. However, they should be cautious because there are some people in this sign who all of a sudden lose their life due to unforeseen and sudden accidents, diseases, and disasters.

Women of this sign carry themselves in a carefree way and at their worst they are promiscuous. They can be naïve and unaware of the workings of the world, and are the free and uncontrolled types.
They are skilled conversationalists, have a cheerful personality, and are forward in their actions and attract the attention of men. They may be slightly fickle and do have the potential to become a player.
If they carelessly stray off their intended path, there is the risk that they will be caught in a relationship with a useless man, so there is a need to be cautious.

When in love, people in this sign have the qualities to burn passionately and brightly, but it is likely that this flame will suddenly be extinguished and the love brought to an end.

There are also some types who never get married and continue to wander around. However, they are cheerful and optimistic still.

There are few people who are gravely serious.
Even if they are at their breaking point, they have the ability to do something to continue on. People in this sign are tough and are not as weak as they appear.