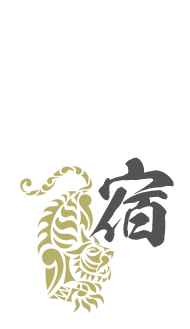 Men born in Subaru-Shuku are pretty fashionable but can be the type to be slightly vain and spoiled. The majority of women born in Subaru-Shuku are beautiful and it is a star of “princesses”. Mysteriously, there are many prideful people who have been brought-up well that are born in this sign.
Subaru-Shuku people can be separated into two types: the solid type and the soft type.
This sign governs education and the arts, and as a result the common points shared between these two types of people are their power of persuasion due to their clever use of words, literary talent, fondness of scholarship, and the fact that they are also well-liked by the opposite sex.
They have a very rich, expressive power when speaking. However, on the inside, this is balanced with their aggressive-side and their unyielding determination. In addition, their self-assertiveness is very strong, and they have a clear intellectual mind with a love for learning. They have a good artistic sense, love beautiful things, and also have the ability to create aesthetically pleasing environments. On the other hand, they also have the tendency to easily lose themselves in sensuality and so there is need for caution.
Male soft types can be called the type of person who likes to play. In addition to being liked by women, they are very skilled talkers and have all the makings of a player. However, in contrast with their outward appearance, they are determined, introverted and can be bashful sometimes.
By nature, those under this sign live with honor and are not likely to rush recklessly into things. Their will is strong but when faced with long, drawn-out challenges or activities, their attention is likely to drift elsewhere.
Also, because of their prideful nature, they might be disliked by many.
They are timid at their core. This may cause them to tend to try to control others and, on occasion, look down on other people. There is a chance that they could make an irrevocable mistake, which creates a need for those in this sign to be cautious.
In addition, their habit of pretending to be knowledgeable about everything and anything could put them at a disadvantage in some situations.
When the person is awkward or unskilled, their speech can become rough and lack forethought; they do not have any bad intentions but they will still be alienated because of it. It is important to value common courtesies when interacting with others.
People of this sign will be better able to harness and make use of their talents working for someone, more so than if they were to work independently.
Suitable occupations for Subaru-Shuku would involve the application of their interests in scholarship, the arts, and entertainment. An ideal job would be one that combines the ability to make use of these interests and, at the same time, be beneficial to them personally. A business that makes full use of their interests and ideas would be good. Even for men, careers that have been considered feminine such as hair stylists, fashion designers, etc., would not be bad options.
However, even with great sense and many good ideas, their tendency to be unable to summarize them from an objective point of view might further complicate the ideas that they do come up with.
There might even be times that they themselves will not be able to understand what they are trying to say anymore.
This is because in an effort to protect their own feeling of superiority, their nature of being a show-off comes out.
They have knowledge and will show initiative, so their natural talent for success in many fields is inherent but a problem that those in this sign will face is their drive is hard to maintain in the long-term.
They lack the necessary communication abilities for group work and living in groups, there may be some people in this sign who are unable to maintain well-balanced relationships with those around them, and as a result might change workplaces or living places often.
A special characteristic of women in this sign is that they have two sides to them: a gentle exterior and hard interior. Even though they are beautiful, they tend to lack sensuality and can sometimes be uninteresting as a person. In contrast with their good looks, they can be stubborn and can have strong feelings of jealousy.
When they begin a household, they have a natural talent for cooking and sewing, which adds to their feminine appeal, but their star’s instinct to avoid or deny men can cause a delay in marriage, birth of children, and some will just stay single.
Another special trait of this sign is that it is difficult for them to manage their household as well as their career. They are not capable of carrying out both of these adequately. If they begin a household and then act upon their desire for a job, one of these will end up being undertaken half-heartedly; there are instances where this leads to trouble within the household.
Furthermore, men should be cautious and avoid unhealthy romantic relationships. There is also a chance that they may become a jack-of-all-trades but a master of none. Trying to be well liked by everyone may cause people to lose trust in them, so it is vital that they have the strength to be consistent.

Generally speaking, they are able to accomplish anything but a characteristic of Subaru-Shuku is that they do not settle into one thing. However, this sign is also known for the numerous Subaru-Shuku who are influential people that pursue one endeavor faithfully.