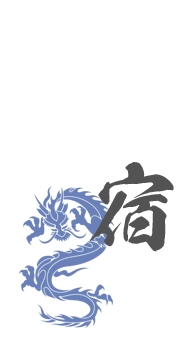 Those born in Kou-Shuku are contending for the top 1st or 2nd spot out of all the 27Shuku for the star sign that is most stubborn and insistent upon their own principles and beliefs.
However, they are introverted to the core and so will not be the type to overbearingly twist people’s arms when dealing with situations. Rather, they are usually close to silent and most people in this sign do not stand out.

In contrast with their stubborn side, they are very skilled at making decisions and are able to be objective, no matter who their partner is.
They have a leader-like disposition and an outstanding sense of fairness; if they use these skills in a positive way, then they will be able to make mold this into an indomitable strength.
They present themselves in a graceful manner and understand the key to social interaction but there is a slight element that makes it seem like they are putting on airs and being pretentious.
They are faithfully devoted to their beliefs and their mind is stubborn. They are diligent, virtuous and hate things that are warped. They hate evil, injustice, deception and love the truth and justice. They have the characteristics of people who oppose authority and pre-existing systems but this is a resistance within themselves, and they will walk a very narrow path in life in order to carry it out.

There are many people who carefully balance their inner thoughts and outward actions; if this balance crumbles then they tend to pull off something that would shock the world. Their true nature is timid and because of that they tend to make decisions that take them in a direction that no one can predict. The speed in which they make decisions is fast as well.
Rather than toiling in the quagmire of the real world, the chances that they will succeed in the world of the arts is very high.

They tend to not display rebellious actions, but they internalize it and in some people it will manifest itself as masochism and decadence.

They have an interest in things concerning politics, and there may be some people who have taken an extremely one-sided position.

Kou-Shuku are so serious and straight-laced that they may not fit in with reality.

People in the Kou-Shuku sign generally let logic win out too often and many are not comfortable with expressing themselves emotionally. For women, people tend to think that they do not have feminine-like moods. If they get married and have a family, they will be true but it is easy for their relationships to be platonic or a one-sided love because of their obsession with cleanliness. On the inside, they are very patient and enduring, have a lot of pride, and are vain just like their male counterparts.

When we discuss the evil types in this sign, there are people who are meek towards people above them but harder-handed towards people below them; they put on a front but have no substance.

It is of crucial importance that they pay attention to their health because there is a weak point in their life force somewhere.

They present themselves in a graceful manner and understand the key to social interactions but there is a slight element that makes it seem like they are putting on airs and being pretentious.