What was the Bushido spirit, which was fundamental to the samurai?

From the perspective of most people, the image of a samurai is a person with a sword who with agile movements quickly cuts down his foes. But the original samurai did not display the souls of killers.
So what kind of characters are being referred to by the word samurai? And the fundamental samurai spirit “Bushido spirit” was what kind of concept? I want to take a look at the world of the samurai (Bushido spirit).

Firstly, the Bushido spirit fundamental to the samurai was not meant to be about being a warrior.

The concept of Bushido means to have the strength to face your own inner self, not to overwhelm others by force. This is a unique Japanese art form, as well as a moral code demonstrating the state of the heart.
This spirit is made up of seven ideas

↓The meaning of these ideas↓

(jin)=Love and sympathy] stands for compassion, which should be also be given to enemies.
[

(gi)=Truth and justice] stands for fair play, if you win a contest through underhand means, you shall receive no recognition.
[

(rei)=Courtesy]stands for thinking of other people, expressed in a way that the person can see.
[

(chi)=Wisdom]means the knowledge to be able to see to the heart of things, to always study hard, and always look to improve technique.
[

(shin)=Faith] stands for having the strength to believe and trust. In old Japan, there was no concept of a contract, a man’s word was his bond and that was enough.
[

(sei)=Promise] What you say shall come to pass. Whatever you say, you shall protect with your life, and if you don’t protect it, pay with your death. Incidentally[

In this way, Bushido was an idea which led people to live in a beautiful way. It wasn’t just for samurai either. It was a way of thinking that could be for everyone, including women and children.
In the Japan of the past, there were periods in which a western style class based society existed. However, it is said that the reaction against the categorization of people and discrimination based on their class is what gave birth to the samurai (Bushido spirit).

Of course, in the West, there is also a tradition of bowing, but that was something which took place among the nobles. On a fundamental level it was a performance.
In the West, there was a desire to display beauty to the outside world, in comparison, the Japanese Bushido and idea of beauty was to have a self-controlled mind and to maintain your inner beauty.

In Japanese culture, men, women, children, to be courteous to everyone, unrelated to social class, is the mindset, without singling out the gentlemen and ladies for special treatment.
For example to be courteous even to the homeless, and if someone is in trouble to show them compassion. That is Bushido.

I’m sure that there are people who wonder if it is really necessary to be courteous to the homeless.
The homeless too are a cog in the machinery of society. The reason why you are here, now, living is because of all the people around you. That is why you are the way you are and if you think of that, showing courtesy to every living person is a way of showing your gratitude at being alive.

In the West too, the custom of giving a prayer to God before eating continues, in part, to exist, but in Japan the prayer is not offered to God but to the plants and animals which give us life.
Not only are they living things as well, but the thinking is that humans and animals are on the same level.

Up to now, the Bushido spirit, without being codified in writing has passed over hundreds of years into the DNA of the Japanese people.
However, in recent years, Japan has been strongly influenced by the culture of many different countries, the number of Japanese people who can talk of the Bushido spirit that was fundamental to the samurai, has become vanishingly small.

The Bushido spirit, fundamental to the samurai, persuades people to live their life on the path of humanity.
It does not encourage pointless killing, you should not draw your sword unless it is absolutely necessary.
Just because someone is has a sword, it doesn’t make them a samurai. 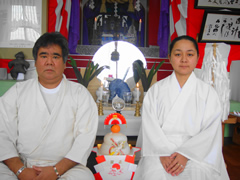 Global warming, the destruction of the environment, war, the God of Japan is ringing the warning bell “Do they think that I will continue to protect the earth for the sake of today’s people?” 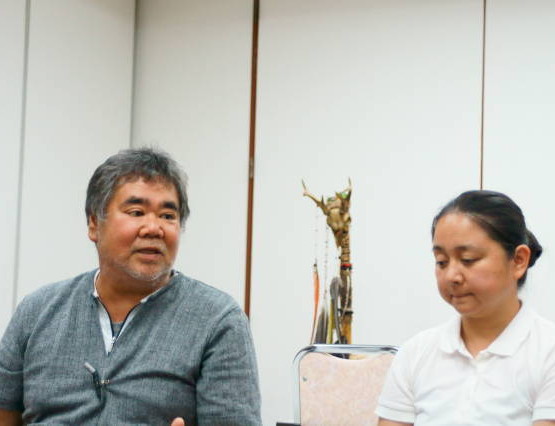 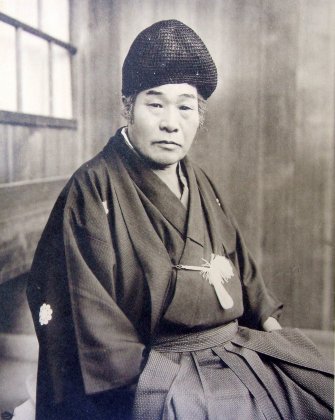 Onisaburo Deguchi, a Japanese seer with a hit-rate of 95%… Ron Bard makes the same predictions. Japan, time to change.